Learn About the Team Behind RaiseYourIQ

The only brain training system scientifically proven to raise IQ

SMART Brain Training for Personal, Professional and Educational use 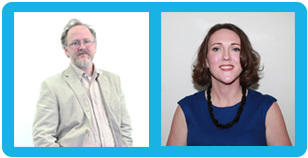 Dr. Roche and Dr. Cassidy are still the driving force behind the company and its product development and have on-going scientific research careers in the field of learning and cognition.

Dr. Bryan Roche has been working, researching and teaching within the University system for 25 years. He is a prolific author of scientific research articles on human learning and his research publications have now been cited around 1000 times in the scientific literature. He was co-editor of the influential book Relational Frame Theory, on which the SMART technology is based, as well as the co-editor of the follow-up text Advances in Relational Frame Theory.

Sarah Cassidy, Ph.D., is an Educational, Child and Adolescent Psychologist. She specialises in the assessment and treatment of learning and emotional/behavioural difficulties with clinical populations. She is the Senior Psychologist at The Smithsfield Clinic, a private practice for children, adolescents and their families using largely ACT and RFT based treatment methods. She has also worked as an educational psychologist within the Irish school system.

IQ stands for "Intelligent Quotient" IQ relates to a score that a person or child score from conducting a IQ test usually delivered by a qualified psychologists to assess level of intelligence. A persons IQ level should be used in conjunction with several intelligence scales and most modern psychologists consider IQ as a general indicator of intelligence. The most used standardised IQ test used today is known as the "WAIS". This IQ test consists of seven verbal tests and seven brain performance tests. IQ is still used in schools, education and business – it can be used as a predictor for academic results and in a corporate setting as a predictor for job performance, usually through the guise of psychometric testing. Also, you can read "How is IQ measured" elsewhere in our FAQ's.

Tell me about Brain and Cognitive Skills Training

Brain and cognitive skills exercises are at the core of the SMART brain training system. Based on over 10 years clinical research in universities and schools, SMART brain training consists of over 70 modules made up of several brain exercises with increasing difficulty levels that target all cognitive skills including verbal comprehension, reasoning, processing speed plus working and long term memory. Brain and cognitive abilities are the brain-based skills we all need to effectively carry out any task from the easiest to the most difficult. Brain training works by improving skill specific changes in the brain which then carry into bigger changes across many different types of skills training and learning ability.IQ tests and results demonstrate that as the brain becomes smarter at a skill, the brain no longer needs to work as hard at it. The brain now shifts to more automatic processing as that skill is learned.

Why Is SMART “Brain Training” different?

SMART Brain Training has been developed by education leaders and published psychologists following over ten years research in schools and university. SMART Brain Training does not work by merely improving working memory or teaching users how to perform well on IQ tests. Instead, our SMART brain training course teaches the fundamental cognitive skills necessary to improve learning and reasoning in school, business and in everyday life. SMART Brain Training enhances the entire intellectual skill set. Some brain training "games" just focus on working memory, the SMART Brain Training course (we want our users to see this as an educational course with real world benefits) covers the 4 key areas of "Intellectual Performance"
(1). Verbal Comprehension - improve ability to listen to a question and draw upon learned information
(2). Perceptual Reasoning - improve ability to examine a problem, organize thoughts, create solutions, and then test them
(3). Processing Speed - increase attention to quickly scan, discriminate between and order visual information
(4). Working Memory - increase the ability to memorize new information, hold it in short-term memory and concentrate.