Idea that intelligence cannot be raised is negative psychology 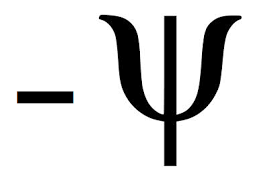 A modern psychological approach to human intelligence focuses on the exploration of human potential, rather than its limits. This is a positive and progressive approach to understanding and improving the human condition. From a behavioral psychology perspective, IQ tests simply measure the speed and accuracy with which an individual can perform tasks associated with educational attainment (e.g., add numbers, translate metaphors, remember information, deal with objects in 3-D space) in our culture today. The concept of intelligence does not measure a whole individual, or any stable lasting traits. It mere reflects an improvable skills set. Even if there is a limit to the level of skills any one individual can attain, it is our moral responsibility to find and attempt to exceed those limits, not to assume and expect them. Behavioral psychologists have always taken this approach and developments in teaching technology and living standards over the past century have led to massive and unexpected rises in the IQs of individuals with Down Syndrome, for example. At raiseyouriq.com we concur with the position of “positive psychologists” that psychology sorely needs a broadening of its view of intelligence. Indeed, one of the world’s leading authorities on intelligence, Robert Sternberg (2003) described the traditional view of intelligence as a form of “negative psychology”; one in which IQ tests measure intellectual limits rather than potentials. In other words, the measurement of intelligence has traditionally served institutions more than individuals. Sternberg has also stressed the need for research that shows how to improve intellectual ability. SMART training has emerged from precisely such research over the past decade.