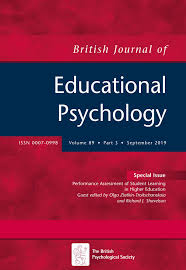 RaiseYourIQ is pleased to share further scientific evidence that Relational Skills Training can increase intellectual (IQ), learning and scholastic ability. Recently we described an exciting new and first-of-its-kind Scientific Study that showed that brain training focusing on “relational skills” can not only considerably increase general intelligence (IQ) but also increase scholastic ability. The study by Cassidy, Roche and colleagues, the first to follow their 2011 published pilot study, and published in the journal Learning and Individual Differences reported an average IQ gain for a sample of 11-12 year old children of 23 points. That increase is unprecedented and is enough to change the intellectual ability of a child from below average to above average.
A second part of that study, found that online relational skills training at RaiseYourIQ.com (SMART training) increased the standardized educational aptitude (ability to understand verbal and mathematical concepts) of a range of 15-17 year old children across a period of just a few months. According to Relational Frame Theory, a modern behaviour-analytic account of human cognition, understanding the various and complex ways in which any two more items may be related (e.g., same, different, opposite, the opposite of opposite, less then, member of, before, and so on), underlies most intellectual skills.
Both mathematics and language skills involve understanding complex relations between words and numbers. In fact, a number is itself a relational concept insofar as to count well and understand the number system, one must have a good grasp of the concepts of more, less, before, after and hierarchy (i.e., contained by).
Now another important study has been published in the British Journal of Educational Psychology, Relational Frame Theory showing that twice weekly training in relational skills using the SMART system available at RaiseYourIQ.com brain training system not only increases intelligence but also improves school attainment, in spelling, reading and numerical operations. The recent independent study by Hayes and Stewart (2016) employed a sample of twenty eight 10-11 year old children. The group was split randomly in half, and was matched for baseline IQ and gender. One group was randomly assigned to engage in one line relational skills training (SMART), for typically two one-hour session per week for a total of 29 hours.
The other half engaged in online Scratch™ training for the same periods. (Scratch™ is an online computer coding programme developed by the Massachusetts Institute of Technology to teach children computer coding in a gamified environment). All children were assessed at the outset using the WASI brief IQ test, WIAT-II reading ability subtests (Reading, Spelling & Numerical Operations), subtests of the WISC-IV IQ test (Letter Number Sequencing & Digit Span) and the Drumcondra Primary Reading and Mathematics Tests (Revised), which is a widely used standardised scholastic ability test used in the Irish national school system.
For the SMART group, statistically significant improvements in overall intellectual performance were recorded, as well as in academic attainment, including spelling, reading, and numerical operations. No improvements on any of the measures were recorded for the Scratch™ group. The publication of this study represents yet further evidence that relational skills underlie human intelligence, and that training in these skills increases overall scholastic ability. Not only is the case mounting for the Relational Frame Theory account of human intelligence, but for SMART as the only scientifically supported form of brain training shown in multiple studies to increase general intelligence and scholastic ability.
For further information on relational skills training, visit Brain Training RaiseYouIQ.com