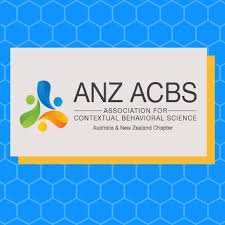 At this year’s Australia/New Zealand annual conference for Contextual Behavioral Science, keynote speaker Dr. Bryan Roche, of Maynooth University, Ireland and co-founder of RaiseYourIQ, outlined the evidence for a new online intellectual skills training programme, called the SMART brain training programme, that can increase IQ or intelligence to a degree that Dr. Roche refers to as “life-changing”. The new system, which is delivered in the format of an online game, may not look too unlike many popular “brain-training” games, but with the important difference that it is based on the latest behavioral science and is the only form of such cognitive or brain training that has been proven to increase general intelligence. “Many of these so called brain training games available on line and on hand held-devices are based very loosely on scientific sounding concepts and they only allude to their ability to make us more intelligent. However, the SMART system is based on sound behavioral principles and has been built over two decades of pain-staking research into the skills that underlie intelligent thinking”. In his address, Dr. Roche reviewed the evidence for SMART (which stands for Strengthening Mental Abilities with Relational Training), including recent trials in public schools, which have found average IQ increases of 23 points in students as a result of the SMART training. An increase in IQ of just 15 points is enough to move a child or adult from the category of normal to “above normal” or “above normal” to “high functioning”. More importantly, an increase of just 10 points can move a child from “below normal” to “normal”. This is what makes these kinds of improvements life changing. Critics of the idea that intelligence can be increased using intensive training like SMART, point to the fact that even when our IQ (the score representing our level of intelligence) rises, it does not necessarily mean that we will function any better in daily life. Dr. Roche outlined his latest evidence, however, that children who undertake online SMART brain training, not only become significantly more intelligent, but also score more highly on standardized tests for specific abilities like verbal and numerical ability, as well as overall scholastic ability. These tests give an objective measure of the child’s actual ability to perform in school – not just their potential to perform well in school. The SMART brain training method is based on the learning principles of behavioral psychology and modern theory of language and cognition known as Relational Frame Theory, with which Dr. Roche is closely associated. SMART training is available for users to test for free at RaiseYourIQ.com Brain Training The ANZ ACBS Conference brings together clinicians and researchers to present cutting-edge research and applications in ACT, RFT, and Contextual Behavioral Science. It also provides opportunities for experienced trainers to lead experiential workshops. The purpose of the ANZ annual conference is to increase support and foster research and training at a local level, expand interest in CBS, and broaden out our presence in areas of influence. The ANZ ACBS Conference is for psychologists, social workers, professional counselors, educators, psychiatrists, general practitioners, behavior analysts, occupational therapists, physiotherapist, students and more. Read more here. http://www.anzacbsconference.com/speakers