Brain Training Can Nurture The Genius In All Of Us. 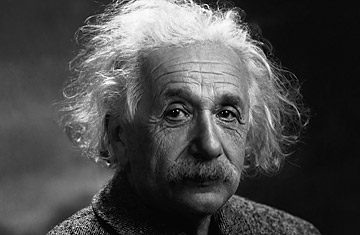 Brain training can nurture the genius in all of us as the idea that our Intelligence Quotient (IQ) is an inherited trait is fixed for life is a common but mistaken one. Decades of research have now shown that intelligence levels are relatively malleable. More importantly, research carried out by RaiseYourIQ at NUIM university have struck upon a set of basic building blocks of intellectual development. We have also devised a method for teaching these basic skills and have digitized this training online for use by individuals and schools via RaiseYourIQ.com.
Intelligence Quotient (IQ) tests index the speed and accuracy with which everyone can perform tasks associated with reasoning or educational attainment (e.g., use numbers, display an extensive vocabulary, concentrate, problem-solve). Despite public misconception, it has been known for some time now that any intensive educational program can lead to IQ gains (e.g., Brinch & Galloway, 2012; Ceci, 1991). Moreover, new neuroscientific evidence provided in an article published in Nature, shows that IQ can vary considerably in the teenage years as a function of environmental influences (Ramsden, et al., 2011). More recently, several respectable studies by Susanne Jäeggi and colleagues at the University of Michigan have found that practice on a demanding memory task known as the dual n-back task leads to gains in fluid intelligence (the ability to reason and to solve new problems independently of previously acquired knowledge). Finally, in the special education field IQ gains have been routinely reported following Applied Behavior Analysis (ABA) interventions. The late O. Ivar Lovaas (1987), for example, reported IQ gains up to 30 points (roughly two standard deviations) following a three-year ABA programme for autistic children.

Why Does IQ matter?
While there is much more to being a well-rounded citizen than intellectual capacity, a persons IQ will nevertheless roughly predict their educational success (Deary, Strand, Smith & Fernandes, 2007) and is associated with a range of several positive life outcomes (Schmidt & Hunter, 1998). One study (Frey & Detterman, 2004) found a high correlation of 0.82 between IQ and American Standard Aptitude Test (SAT) scores. The latter are widely used as selection criteria for college places and other training and employment opportunities. Another study (Deary et al., 2007) found a correlation of 0.81 between IQ and British GCSE scores. Taken together, these findings strongly suggest that any enhancement of intellectual skills will broaden educational and employment opportunity for the individual. The problem is that attempts to raise IQ have until recently been rather haphazard and often ineffective. However, in research over the past decade, in collaboration with a community of international professionals, RaiseYourIQ is leading the brain training community in having identified what appears to be a set of basic building blocks of intellectual development.

How To Make a Genius of any Person
Research in the field of Relational Frame Theory (Hayes, Barnes-Holmes & Roche, 2001) co-authored by Doctor Bryan Roche from RaiseYourIQ, has shown that understanding relations, such as more than, less than, opposite, same, before, after, here-there, amongst others, is crucial for our intellectual development in just about every sphere. In fact, they are so crucial that researchers have reported in published scientific research papers that we can measure intelligence simply in terms of one’s ability to understand these relations (or what we call “relational ability”). As an example of an abstract relational skill that we all must acquire, consider the example of how monetary currency works. With physical currency, the value of a coin is unrelated to its physical size. So while coins have varying magnitudes in terms of size, the magnitude of interest in the context of value, is the buying power of the coin, not the length of its circumference. The latter is easily discernible by any animal, human or otherwise. But the abstract purchasing power magnitude is arbitrary and abstract and not discernible from looking at the coin alone. Coin value is an abstract relational property. Using money, therefore, requires a basic grasp of some algebraic concepts, which is precisely why children cannot usually use money. Their relational skills are not far enough advanced to allow them to deal with abstract and arbitrary relations between symbols.
We have all learnt relation skills. Parents and teachers already teach children relational skills routinely without even knowing it. For example, parents inadvertently teach young children the concept of “sameness” in normal language interaction. To be more specific, a parent will not just teach a child one word for a television set, they may in fact use two. On one occasion they may refer to it as the “TV” and on another as “the box”. The child will have to be explicitly told in the early years that given this information, “TV” and “box” refer to the same thing. Any confusion shown by the child is met with assurance from the parent that whenever two words are used for the same thing – those two words have the same meaning as each other. This is just one way in which we all learn to understand what “same” means and how “same” relations can be derived across multiple words and objects in logical ways. This in essence is a skill required for vocabulary expansion. If it were not for this skill, each and every word our vocabulary would have to be taught individually and related to each other word individually (i.e., billions of individual learning tasks). Other relational concepts, such as Opposite, and comparison, have unique properties, and it is surprising how inefficient many children and even adults are in their basic grasp of the truly abstract nature of these relations.
SMART training teaches students how to learn